How Many Hafus Make a Whole? 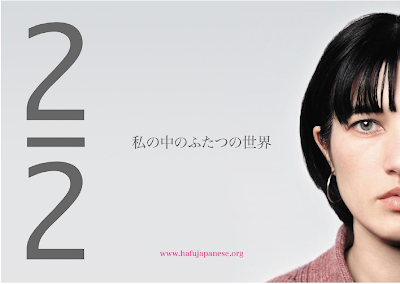 
I remember the first time I picked up Kip Fulbeck's Part Asian, 100% Hapa... I was a bright-eyed, (way too) pensive undergrad still grappling with my multiple identities and trying to find the adequate words to bridge the vast continents of race, culture and experiences within me. I had just recently been introduced to the term "multi" as a legtimate way to identify myself and now I was hearing a new word (which wasn't quite so new at all): hapa.

Now, I'm not "half" or "part" Asian, but  as a multi person, there was this great sense of recognition and empowerment that came with seeing Kip's simple photographs and the hand-written statements from each participant of the Hapa Project. Despite some of the murmured criticism and real critical debates around the use (some might even say downright "appropriation") of the native Hawaiian term hapa, the mere act of putting mixed Asian identities in the U.S. out there was radical and transformative in its own right. By doing so, Kip put us all out there as multi people and dared us to claim spaces and (re)name ourselves. It was a really important moment for the multi collective here at home. 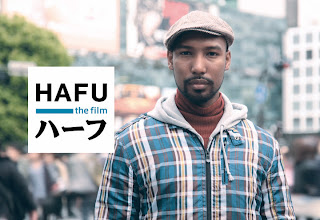 As I highlighted in an earlier post, there are really exciting conversations going on around multi issues all over the world. Most recently, three multi Japanese women Natalie Maya Willer, Marcia Yumi Lise and Haru Adelia Maruyama Carrasco-- a photographer, social researcher and multimedia designer-- embarked on the Hafu Project.

"Haafu" (romanization) is a Japanese term that like hapa means "half." Japan has used different words to describe mixed people throughout its history. The Hafu project defines hafu broadly as those who identify as part Japanese anywhere in the world, while also recognizing histories of Japanese migration globalization/internationalization and even imperialism*. The project is multimedia-based and includes photography, video, exhibits, a website and public lectures about multi Japanese people in Japan and elsewhere. In addition, Marcia Yumi Lise is advising co-directors Megumi Nishikura and Lara Perez Takagi who are working on a documentary also entitled Hafu, which aims to chronicle the experiences of multi Japanese people in Japan. (FYI: The co-directors are currently looking for a multi-Japanese person who has recently moved to Japan or planning to move to Japan in the near future to be one of the central characters in the film. Click here for more info.)

In Japan, multi Japanese people are gaining visibility and increasingly being heralded as the "ideal", "having the best of both worlds" (sounds familiar, no?). Yet like many countries, Japan has had a history of being less than kind to its mixed population. Multi Japanese people have been marginalized, discriminated against and othered. This history goes wayyyy back and is rooted in understandings of collective identity, national identity, kinship and community in Japan.

The Hafu project states, " While being a Hafu is often seen as something desirable in Japan, it is true that some Hafus are largely regarded as non-Japanese in Japan due to their non-Japanese appearance and blood line. The Japanese society is obsessed with collectivism and conformity. While on the legal level, nationality defines who belongs and does not belong to a nation, on a social level, people of mixed heritage are often subjected to ethnic and racial hurdles." So,  in thinking about these amazing Hafu multimedia and film projects, I've been reflecting first on the ways in which "half" gets used by both multi and non-multi people in describing mixed identity and second, how multiness and nationhood intersect-- who comes to "belong" to a nation and who is rendered a perpetual "other," or "foreigner"? (Stay tuned for "How Many Hafus Make A Whole: Part II!! Also check out Mia Nakaji Monnier's article Part Asian, Not Hapa)

(*Though, I wonder which "part" Japanese identities,if any, get centralized in the Hafu Project, ie: white and Japanese, black and Japanese, Chinese and Japanese, Filipino and Japanese etc... what role does Japanese imperialism play in terms of thinking about mixed racial subjects in Korea, the South Pacific or even Hawaii? In the U.S. multi movement, white and non-white identities are often central, which is also another reason why Kip's book was groundbreaking in it's inclusion of hapaness and multiness outside the white-non-white binary. Just a thought...)
Posted by mixed dreamer at 8:22 PM