For Mixed Girls, For Black Girls...

Fiona, Jo Burg, complex of mixed girls/
For surviving through every lie they put into us now/The world is yours and I swear I will stand focused/Black girls, raise up your hands; the world should clap for us...  Jean Grae from Talib Kweli's Black Girl Pain
I recently googled "mixed-race women." Among the first things that pop-up after the photos of Halle Berry, Thandie Newton and Alicia Keys were the following results: 1) Dating mixed race women Free Dating, Singles and Personals 2) Other Tongues: Mixed-Race Women Speak Out: Amazon.ca  (a recent addition!) 3)Mixed race women are put in place of black beauty and 4)Why are mixed race women usually associated with beauty and black women are not? followed by a few other pages full of dating and personal ads as well as forum threads about "beautiful" or "hot" mixed-race women and models.
To the arguable extent that Google can be a viable indicator of any popular thought, it does show that at least in cyber-space most of what's out there about mixed-race women fixates on our physique and our bodies particularly in relation to "monoracial" black women. As a mixed-race, black woman myself, I've struggled to break down the stereotypes in my own communities that often favor "light-skinned,"red-boned" women with pelo bueno (good hair) while painfully pitting mixed beauty against black beauty. These conceptions beg the question:
Is mixed beauty inevitably 'anti-black' beauty? 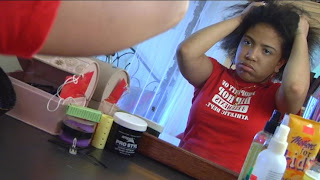 Growing up, the contested terrain of mixed/black beauty was played out most profoundly in the politics of hair. My hair was often the only thing that belied any mixed heritage and at different points in my life I felt like Zora Howard in her Biracial Hair poem: Some days, I'd stare in the mirror convinced I looked just like Alicia Keys or I'd frantically tease it out in repeatedly failed attempts to rock the perfectly epic Angela Davis 'fro trying desperately to fit into iconic neo-soul black beauty, only to be left looking like a vague, frizzy-haired, busted teen version of Diana Ross.

There's a common misconception that mixed black women have it all. After all, the media seems to favor us or at least light-skinned women that look like us, from Hollywood to our very own black entertainment industry (if it indeed, is "ours"). Colorism is nothing new. It's a painful and persistent inheritance of internalized racism and self-hatred-- the eternal struggle between the "Wanabees" and the "Jigaboos" comically immortalized in Spike Lee's acclaimed satirical film School Daze. Are we either "high yella heifas" or "tar-babies"?... Wanabees, or Jigaboos...

But sisters, whether you're 'dark or you're fair' we've all been damaged. We've all been used and exploited. Our bodies, the violent battleground of inequality--and to add insult to injury we just keep driving that imagined chasm between us deeper and deeper. Light-skinned privilege is real. More "European" features are generally favored--true story. But black folk come in different shades, sizes and hair textures that make visible just how mixed our history as a people has been. Yet our beauty is irrevocably constructed in relation to whiteness and widespread healing from the collective trauma of oppression inflicted and then self-inflicted (most notably, through damaging products like lye-relaxer and bleaching cream) has only just begun. And mixed girls have not been immune. For first generation mixed women of African descent learning to love our blackness and our mixedness is a long process if we ever even get there. And I am, ultimately, left with too many hard questions...

Mixed-black sisters out there: how many times have we considered the privilege we embody? How do we resist the use of our bodies by media, or even by our own families to further marginalize black beauty and objectify ourselves? Will we always be seen as "Wannabees?" Must our bodies always be seen as somehow "anti-black"? Can we love the kinks, the curls, the dark, the light and everything in between? Is mixed pride inherently anti-black pride?

Mixed girls, black girls and mixed-black girls, can we (re)imagine a beauty where we can all be celebrated as the queens we are or will we continue to play into the hands of exclusive standards of beauty? In the words of Ntozake Shange, will we ever find ourselves at the end of our rainbows and will we learn to love each other fiercely?

I desperately hope so.

Thomas C. Holt a historian at University of Chicago and author of The Problem of Race in the 21st Century identifies “a shift in the terrain of racism”-- “Could it be” he asks, “that the issue now is less the utter ignorance of other cultures, as in times past, but too great a surface familiarity; less stereotypes of the other than the voracious consumption of its metonymic parts?”
Case in point, Mr. Holt: Last summer's hottest hipster accessory of choice---the Native American headdress. Now granted, hipsters by definition are compulsive Cultural Appropriators with often deceptively deep pockets. They consume bits and pieces of popular, alternative, sub- and foreign cultures to achieve their allegedly socially conscious "bohemian chic." It's just a simple fact and I'm cool with that. But the hipsters got me thinking about consumption and advertising. What's been most worrying to me is the wholly dehistoricized, apolitical nature of consumption these days-- the ways in which this consumption assumes that dangerous "familiarity" that Holt describes and brings us right into the thick of issues of objectification, commodification and ultimately, what I see as racial, economic and social (in)justice issues. I see it everywhere from the hipster headdress right down to gentrification in places like Brooklyn and Harlem... a dangerous familiarity...  and one that apparently, can be purchased.
So in the beginning(ish) there was Eve.... 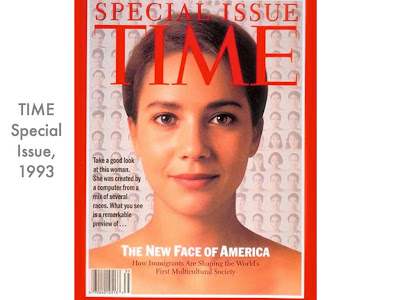 Back in 1993, TIME Magazine came out with a Special Issue featuring the ironically named “Eve”-- a computer generated image of a woman  who was presented as the “New Face of America.” The caption on the front cover read: “Take a good look at this woman. She was created by a computer from a mix of several races. What you see is a remarkable preview of" ..... dundunDUN “The New Face of America: How Immigrants are Shaping the World’s First Multicultural Society.”
Ultimately, Eve is what comes out of the melting pot. Eve is produced by technology, she's also explicitly gendered as female. There’s even an article in the issue that talks about how all the male computer programmers who created her, ended up falling in love with her. Eve becomes this object of desire and we are asked very explicitly on this front cover to look at her, exercise our scopophilia- our love, our desire to look and visually consume.
While this isn’t an advertisement per se, Eve represents WHAT and WHO marketers and advertisers are now both selling and marketing to. I see two things at work when we look at multiraciality and the market. The first is this idea that came out of the 1990s, that multiraciality as multiculturalism whether through it's colorful glossy print ads of black, brown and white people singing, dancing or walking around in their pajamas or through the physically mixed bodies of multiracial individuals or even via entirely constructed computer-generated images that we can attain and quite literally buy into a racial paradise. These images are inextricable tied up in ideas of the “future” of what Americans--- as in American “bodies” will look like in the years and decades to come.

The second is the ways in which race functions as a “technology” by hiding the ways in which we all have a relationship to the law and state power, yet this tenuous and violent relationship (often enacted on racialized and gendered bodies within the state) particularly in self-proclaimed progressive or liberal environments is covered up by ideas of fairness, equality, protection and inclusion and advertisers are feeding into this in a big way. There’s no denying that the state and the market are inextricably linked and that the market plays a huge political role in defining the state’s subjects and citizens.

The cruel irony is that given proposed racist policies like Arizona's SB 1070, what would happen if Eve went to the southern border today? In today's racial climate, would Eve continue to be celebrated as the "face of America" or would she be sent packing "back to her country"?......


I'm really interested in the construction and use of the mixed body in contemporary advertising and it’s racialized and gendered implications particularly in relation to the state and national identity. In different manifestations advertisements have framed multiraciality and multriacials as commodity, product and at times even fetish-- something to be consumed, acquired and possessed. In the past decade there has also been a transition in the mixed-body from being mere product to now also being a visible and viable consumer and subject (see Kimberly McClain Dacosta's Making Multiracials  in which she discusses the politics of recognition that happen in the market and the ways in which that recognition can quite literally create a racial identity.)
I'll leave you with a few images from the European clothing company United Colors of Bennetton (whose ads were pretty controversial in the 90s), the Telefonica phone company, American Apparel, Levi's jeans, photos from the "Biracial photoshoot" on America's Next Top Model that was critiqued for putting models in "brown face" and a photo from a 2008 Allure spread entitled "Faces of the Future" in which multiracial models were used to mark an imagined "future." 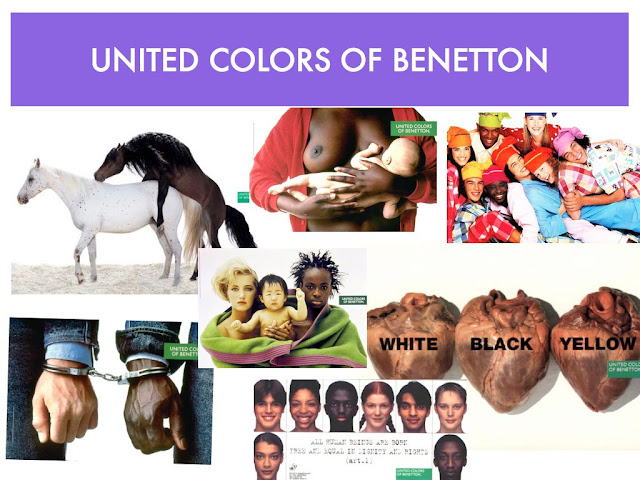 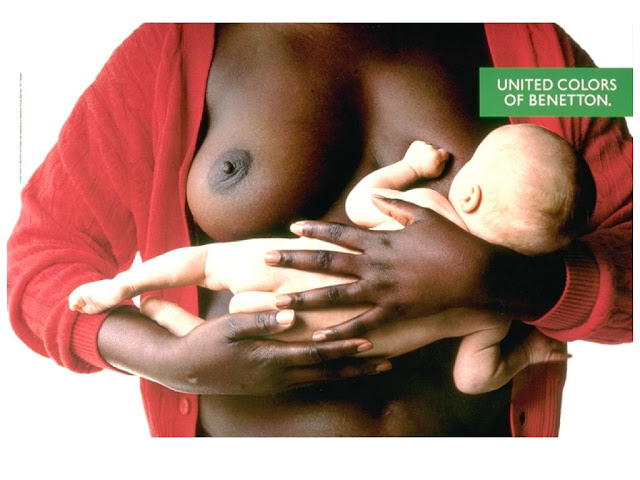 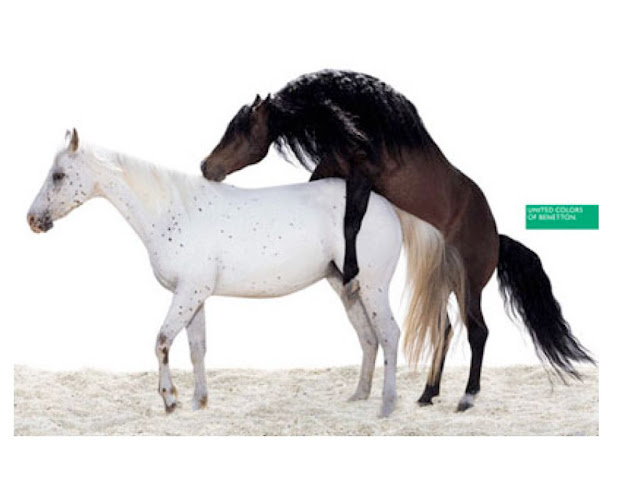 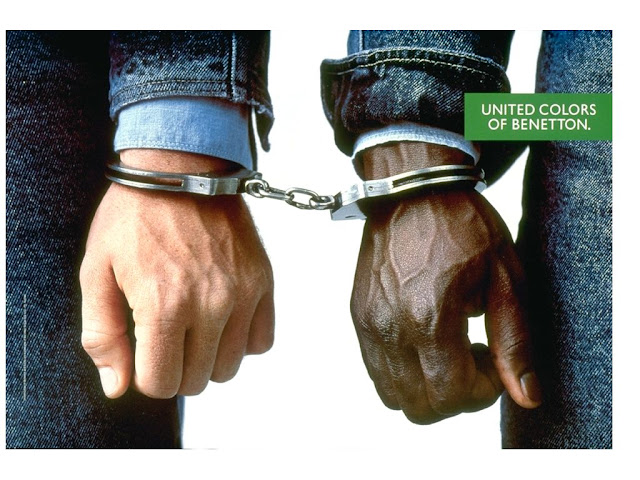 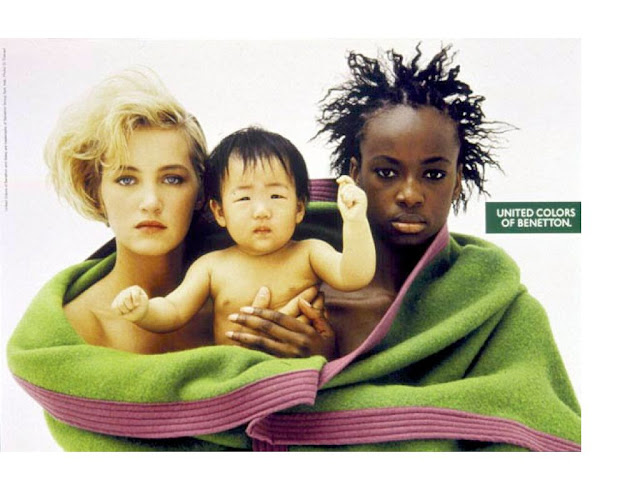 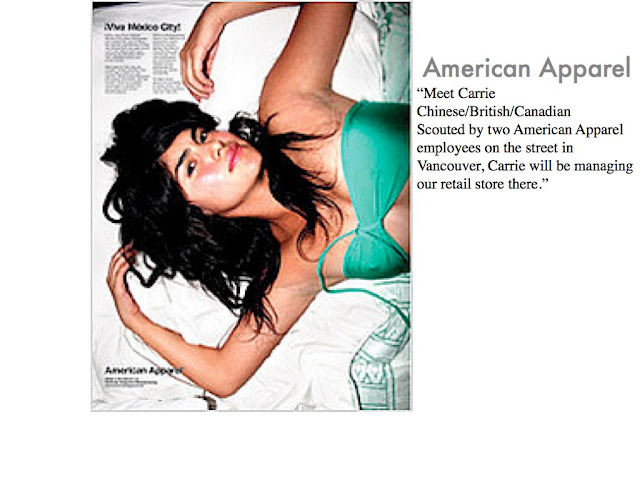 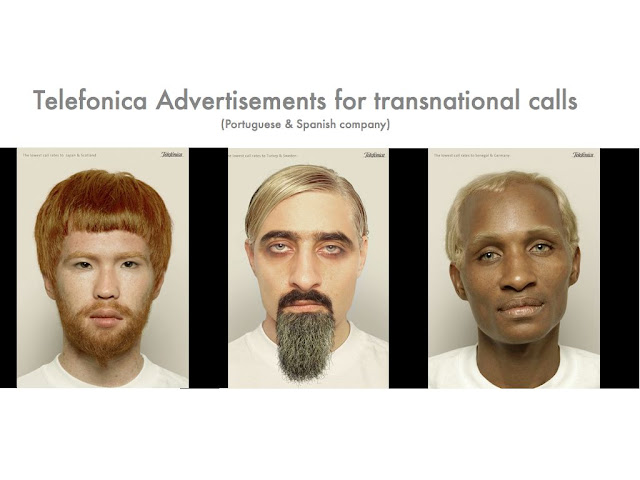 These Telefonica images are pretty creepy. To give you some context, these are computer generated images that state from left to right "The lowest rate calls from Japan to Scotland, from Turkey to Sweden and from Senegal to Germany." It's also interetsing to compare these creepy male-bodied computer generated images with TIME's  sexy female-bodied "Eve." Curious, curiouser... 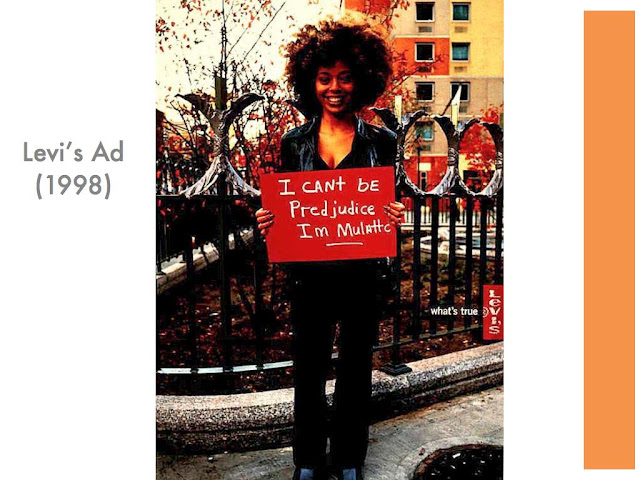 This Levi's ad marks a particular moment in U.S. advertising in the 90s in which marketers were selling to a much younger, hipper demographic. This demographic was being told through images like this one that in the famous words of MJ, it doesn't matter if you're black or white, as long as you had these jeans, you were free and you could buy into a racial utopia. 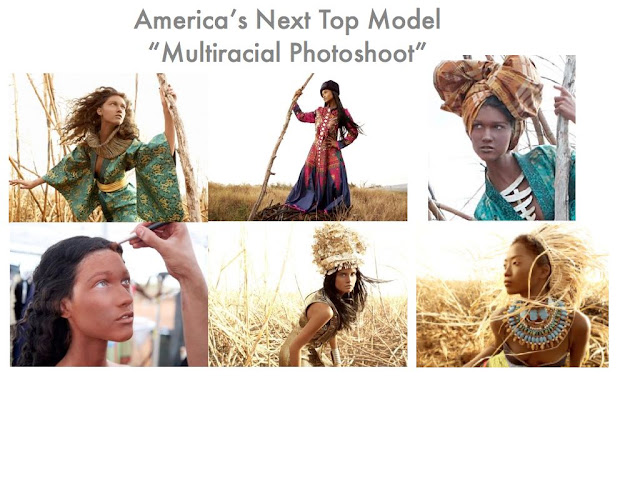 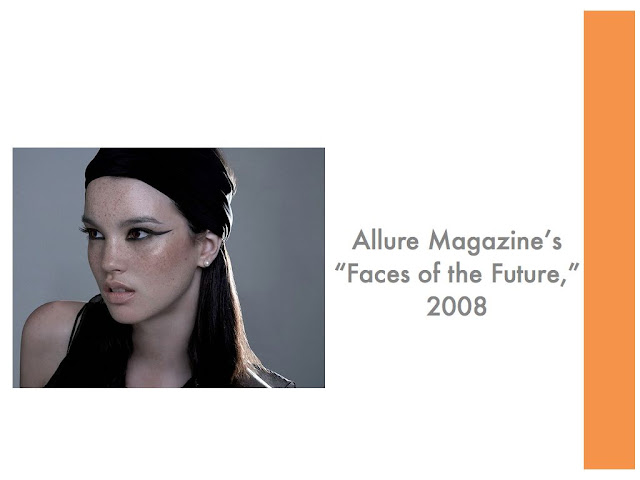 
You can read the full text here
Posted by mixed dreamer at 7:42 AM 1 comment:

Here is the 2009 documentary film trailer for "Skin Deep: The Sandra Laing Story".

Below is the trailer for SKIN the feature film starring Sophie Okonedo.
Should be fascinating....
U.S. DVD will be released in February 2011.

Thanks Caitlin!
Posted by mixed dreamer at 2:19 PM 2 comments: