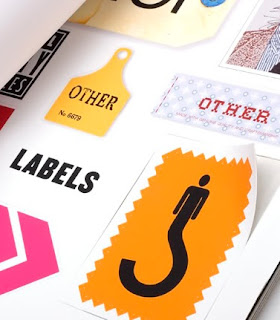 Census 2000’s historic “check one or more” change resulted in nearly seven million Americans self-identifying with more than one race.  Of the 6.8 million Americans who indicated two or more races on Census 2000, the actual number who identify as part of a multiracial community is still debated by federal health, social, and political agencies as well as community advocates of every hue and persuasion.  Do multiracial people today even agree on racial/ethnic nomenclature? The answer is…not really.  Some are wedded to non-race specific identifiers like “mixed” or “multiracial,” which when used alone makes it impossible to distinguish what specific races actually apply.  Because this would obscure much needed medical data for proper diagnosis and research on multiracial health is one reason why the single term, “multiracial,” on the 2000 Census met heated opposition and obstacles both from within and outside this diverse community. Others have created or use terms unique to their specific racial mix. Some examples include “Blackanese,” “Mexopino,” or “Eurasian.” Still others in the community have suggested that we abandon racial categories altogether and advocate for the adoption  of legislation like the Racial Privacy Initiative (RPI),10 sponsored by the controversial University of California Board of Regents member, Ward Connerly. Champions of RPI believe that passage of this Initiative on the California ballot in March of 2004 will help bring us closer to a colorblind society for subsequent generations of multiracial people.
Many multiracial and multiethnic Americans, unlike those who choose to identify solely with one race, remain unsure about whether or not to embrace their collective identity.  The sheet diversity of the mixed race community also presents unique issues.  For instance, the issue of hypodescent11 resonates differently with Black/White multiracial people than with Asian/White and any other racial combination of multiracial people.  For those who call themselves “hapa,” (of mixed Asian or Pacific Islander heritage) instead of “multiracial,” the ability to honor the heritages of both parents took precedence over the need to have a single multiracial identifier on Census 2000.12  Similarly, for those who identify with both their Hispanic and non-Hispanic origins, common language and specific ethnic mix sometimes had mixed race Hispanics at odds with their non-Hispanic multiracial brethren on discussions and alliances around the Census race question.
Multiracial people are often asked by monoracial people how such diverse communities can ever be cohesive. These questions fail to recognize the diversity of “monoracial” communities.  Who could say that there is not incredible diversity of shade, opinion, and experience among African Americans or Asian Americans? Despite the considerable diversity of the mixed race community, there is much that people who do not fit into one racial category share in our highly race-conscious society.
Future Possibilities
Post-Census 2000, multiracial advocates are left with the aftermath of their embittered battles over the race question.  Inevitably, questions like, “What is next?” and “What is the new generation of multiracial leaders standing for in this decade?” arise. The answers are still forming. One thing is for sure: the face of the movement is changing. Dozens of multiracial student groups have popped up on college campuses from coast to coast. MAVIN magazine, which was founded by Matt Kelley in 1999 as a freshman at Wesleyan University, was created to help young multiracial people share their personal experiences. Today, it has become a national foundation addressing mixed race and transracially adopted issues. Annual conferences such as the Pan Collegiate Conference (held since 1996) and Hapa Issues Forum’s regional conferences have helped to create annual focal events for mixed race college students.  Most of these groups continue to celebrate the mixed race experience through art, poetry, composition, and other creative forms of self-expression. Many of these organizations are also incorporating the transracial adoptee experience into their mission statements. Although much of the campus organizations” focus remains on creating a social outlet to explore mixed race issues, many are also beginning to explore political and health issues, like holding bone marrow drives and fighting against anti-Affirmative Action legislation. At the MAVIN Foundation National Conference on the Mixed Race Experience held in April 2003, students representing dozens of mixed race student organizations came together to create a national coalition of mixed race student organizations to help shape the future of the multiracial movement. New national organizations like Swirl are also playing prominent roles in the movement. Following the lead of some of the movement’s pioneers, this young generation is also expanding ties with other diverse communities.
As AMEA celebrates its 15 years of advocating on behalf of multiethnic people and families, the organization has shifted from its focus on census recognition of multiracial people. AMEA conducted its first highly successful conference honoring the multiracial child during the fall of 2002 in Tucson, Arizona. Today, AMEA is committed to assisting governmental organizations to comply with Office of Management and Budget (OMB) Directive #15 requiring organizations who receive federal aid and trace race to allow for a “check one or more” policy. AMEA is working with the newer organizations in order to see a generation of American children unfamiliar with the pain and confusion of “check only one race.” What is apparent in all of these efforts is the necessity for our multiracial group leaders or representatives to continue to collaborate and dialogue with other communities. If we are ever to eliminate institutional racism in America, we must look to educate not only ourselves but the government agencies that tabulate people, the social services and health departments that categorize, diagnose, and treat people, as well as the general population that attempts to define us. We cannot know true freedom and the celebration of our diversity until we can be comfortable and supportive of every individual’s right to choose in the matters of race and ethnic identity.

AMEA ~ Association of MultiEthnic Americans
The Association of MultiEthnic Americans’ mission is to educate and advocate on behalf of multiethnic individuals and families by collaborating with others to eradicate all forms of discrimination. Founded in 1988, AMEA played a pivotal role in the U.S. Census allowing people to check “one or more races” on Census 2000 forms. Today, AMEA is committed to helping organizations comply with new federal guidelines on racial reporting and hosted the first national conference on the multiracial child in 2002.
Learn more:  www.ameasite.org
Notes
1  Families where the race of the parent(s) differs from the race of the adoptive children.
2 K.E. Russell, M. Wilson and R. Hall, The Color Complex: The Politics of Skin Color Among African Americans (New York: Doubleday, 1992).
3 Ibid
4 Mildred Jester and Richard Perry Loving’s landmark interracial marriage case.
5 Laws against the mixing and co-habitation of different races.
6 D. Brown, “Making the Invisible Visible,” in the Multiracial Experience: Racial Borders as the New Frontier, ed. M. P.P. Root (Thousand Oaks: Sage, 1996), 324.
7 Honor Our New Ethnic Youth (HONEY), Eugene, Oregon.
8 Excerpted from AMEA’s mission statement (1988-1999).
9 S. Graham, Personal Interview, 1994.
10 American Civil Rights Coalition.
11 Term from the mythical “one drop of Black blood makes you Black” rule.
12 The California-based nonprofit organization Hapa Issues Forum (HIF) was at the forefront of this issue.